Get fresh music recommendations delivered to your inbox every Friday.

the moon loses its memory 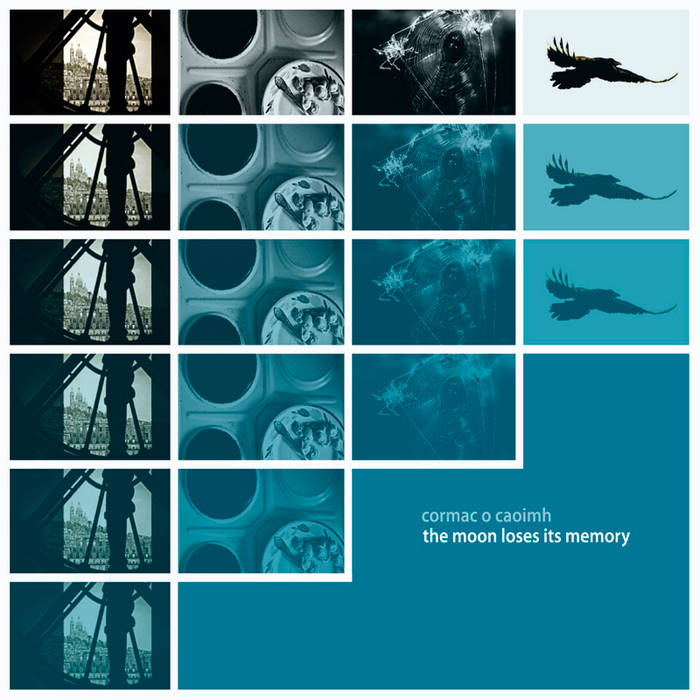 Helen O'Shea I love that line "I found the perfect match, your tears & my shoulder" Cormac's poetry alone is unbelievable & the tunes are magical, so imagine the combination of the two? Exquisite! Favorite track: Thirst and water.

The moon loses its memory is a very different album to the previous one. The last cd - A new season for love - was a cd of all quiet finger-picking songs chosen to blend into each other and create a very quiet and calming album.

Fans of A New Season for love won't be disappointed. There are plenty of songs on this new cd that are similar in style. Morning, lay low for awhile and Thirst & Water could have been included on the last cd and not been out of place.

But this cd is a different collection of songs. Some (Basement, Man of Sand and Silver as mercury) are exploring darker subject matter to previous releases. Others (Maze of your hear and Yellow Crumbs) may fit closer to indie pop collection in his first cd (Start a Spark) and others, as stated earlier, continue in a similar style to the songs of A New Season for Love (but given a different treatment)

That said....the collection of songs fit very well together.

The finished product was also a very unique collaboration between the audio and the visual, between pictures and words, between stories and dreams...between the songwriter (Cormac O Caoimh) and between the photographer (William Crowley).

William Crowley chose 14 of his wonderful photographs that personally related to each song.

Every song can mean a different thing to different people. So...listen to them all...and let them take you a journey between dreams. You can listen to the tunes, read the lyrics and contemplate the photographs for each song...or you can simply close your eyes and let the music guide you.


Engineered , Produced and Mixed by Cormac O'Connor at The Maple Rooms Cork
Mastered by Donal Whelan at Hafod Mastering

What do…
A honeyed whiskey drink,
A fine cognac on a cold winter’s eve
A warm woolly jumper in muted earthy colours
A colour .. a rich mahogany warm and beautiful
and a water color painting all have in common???
They have all been used in reviews to describe Cormac O Caoimh's 2012 album. He did 3 better since then